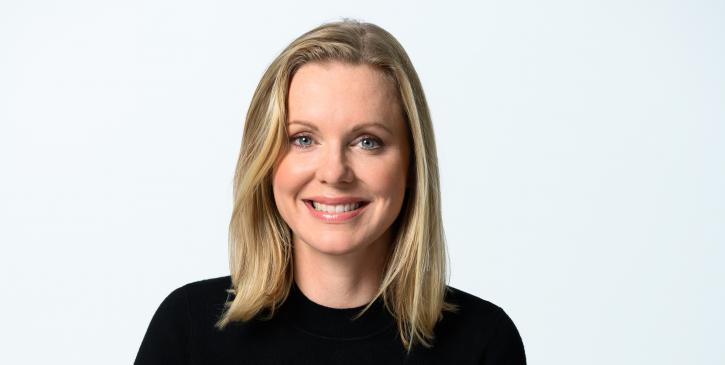 They say it takes a village to raise a child. In investing in Québec, it also takes a community to foster innovative startups. This community is known as Anges Québec.

You don’t believe in angels? Montréal-based startup, Paper, did. Last July, after just seven years of existence, it closed a USD 100 million round of financing led by Silicon Valley venture capital giant IVP. Companies such as Moka, Chronogolf and Smart Reno, which were acquired or also received sizeable investments in recent years, also believed in angels. The origin of all these successes can be traced back to the discrete presence of the initial investors, i.e. the angel investors in the Anges Québec network.

Interview with Geneviève Tanguay, CEO of Anges Québec since November 2020.

Just after the “love money”

“In the world of venture capital,” explains Geneviève Tanguay, “angel investors represent the first stage of investment after love money, i.e. the money provided by close friends and family. Typically, angel investors are wealthy men and women—often entrepreneurs who have sold their business or investors seeking to diversify their risk while lending their experience to innovative early-stage companies.”

While there can be up to 20 angel investment networks in a market such as Boston, things are different in Québec, where angels essentially invest through one network: Anges Québec. This network connects investors and a vast pipeline of investment opportunities in companies in the startup or pre-startup stage. It is the largest network of its kind in Canada.

“Each year, we examine approximately 400 investment projects and present 50 or so to our members. The selection is based on investment criteria such as the company’s growth potential, but also our ability to pair the company with the expertise of a sufficient number of angel investors from among our 230 members: there needs to be a match. If at least 10 members express an interest, one will conduct a due diligence review, after which the angels will be able to confirm their decision and an investment syndicate will be created.”

Each angel must invest at least $25,000 in an investment round, for a total investment of $250,000 per company. Typically, the average investment will total approximately $450,000, or more when AQC Capital (see below) is a co-investor.

More than capital,
more than a pipeline

Since the creation of Anges Québec in 2008, its members have invested no less than $115 million in over 150 innovative businesses. However, Geneviève Tanguay believes that the role played by this angel investment network goes beyond acting as a bridge between capital and the companies that need it.

The entire platform is designed to allow the entrepreneur to leverage the experience of the angel investors and their networks, while providing support for moving on to the next stage. “At the same time, we are like a training academy for angel investors, who are often seasoned entrepreneurs taking their first steps into the world of venture capital. We like to believe that we are fostering a new generation of businesses as well as a new generation of investors.”

Geneviève Tanguay agreed to take over as CEO of Anges Québec after spending 20 years in the investment and transaction sector (notably as investment director with the Fonds de solidarité) in order to tackle an enormous challenge, i.e. to build new synergies with other venture capitalists in Québec and have Anges Québec play a role in these changes.

AQC II serves to provide leverage to drive the growth of startups in which network angels are investing. “While angels need to invest at least $250,000 in a company, the amount is increased to $500,000 if AQC decides to come in as a co-investor. And, we’re really talking about a minimum investment, since we currently have a number of investment proposals for $1 million or more.” AQC Capital is led by Serge Beauchemin, a renowned entrepreneur in the technology sector and “dragon” well known to the general public.

Geneviève Tanguay also clarifies that Anges Québec’s partnership with Espace CDPQ is a key part of the network strategy. “It starts with a location, because there can be no creativity without a stimulating environment. But, especially, there is quite an impressive community of investors, since human relationships are pivotal in investment decisions. I’ve only seen a venture capital hub like this on the MIT campus in Boston, when I was living in Cambridge, Massachusetts.”

The wings of an angel

Anges Québec also implemented a 100% virtual platform, allowing it to present investment opportunities from across Québec. And, even though 2020 proved to be a demanding year, it also prompted the contemplation of changes with the goal of repositioning Anges Québec as the partner of choice for innovative entrepreneurs.

“As we come out of the pandemic, I think that we will see the most incredible innovation that we’ve seen in a long time: things will never be done the same way again in so many areas.”

And, for angel investors, this means that all systems are go.

What Geneviève Tanguay likes the most about her profession
“The opportunity I’ve been given to transform an organization and inspire our teams to do this together. We have a solid foundation on which to build and we can write a new chapter.”

What she likes the least about her profession
“During the pandemic, the hardest thing for me was obviously beginning in my new role in November 2020, without being able to meet my teams. More broadly, however, one of the big challenges for an organization like Anges Québec is the many different stakeholders that are involved. We need to be able to have everyone row in the same direction.”

A person who inspires her
“Terry Fox. He showed us that the strength of determination is a key to success. We don’t need to be the smartest or the strongest: if we do what we are capable of each and every day, we will succeed. I was lucky to have the opportunity to meet Terry Fox’s brother. It’s something that I’ll never forget.”

On her bedside table
“A book written by my husband, Roger T. Duguay, in collaboration with Renaud Margairaz: Éviter les faux pas à l’ère numérique. I’m also reading an old classic: Flying Without a Net, by Thomas DeLong, which teaches us ways to overcome our fears, take risks and accomplish new things. And, more recently I began reading, Le miracle Spinoza by Frédéric Lenoir—a must-read when contemplating philosophical issues and the power of the present.”

The series that she liked the most
“I love science fiction. Westworld, The Handmaid’s Tale… everything that transports us into the future.”

The playlist that she is currently listening to
“My playlist has changed since I went to the Burning Man festival before the pandemic! I have some of the best DJs in the world on it: WhoMadeWho, Giorgia Angiuli, Boris Brejcha… But I’m also a huge Iron Maiden fan.”